Piñera: “The Atlantic has a lot to say and can regain its leading role” 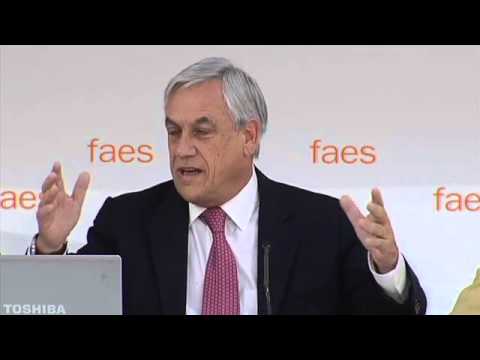 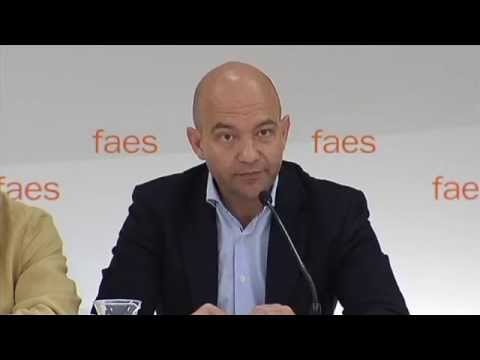 _ García-Legaz: “Spain cannot afford to waste its capacity to access the Atlantic basin in a privileged way”

_ Piñera: “The free trade agreement between the European Union and the USA would be a step in the right direction”

Today at the FAES Campus Sebastián Piñera, former President of Chile, argued that “the political centre of the world has shifted towards the Pacific, but the Atlantic has a lot to say and can regain its leading role”. He defined the Transatalntic Trade and Investment Partnership (TTIP), the free trade agreement that is being negotiated between the European Union and the United States, as “a step in the right direction”. Jaime García-Legaz, Secretary of State for Trade, who introduced Piñera, stressed that “Spain cannot afford to waste its capacity to access the Atlantic basin in a privileged way”.

Piñera referred to the convenience of re-establishing the Atlantic link by strengthening the economic openness of the basin countries. “The rebirth of the Atlantic basin and the creation of a free trade area are especially important for Europe, the USA and the whole world” he summarised, and argues that “Spain can play a leading role for the agreement to include Latin America” and due to its strength in terms of exports.

According to him, “one of the main goals of the agreement is to regain Europe and the USA’s growth capacity” especially when “this year, the emerging world’s GDP has outgrown that of the developed world, and over 90% of the global economy’s growth comes from emerging countries”. This proves that we are living in a new and tremendously changing world”, where “the global economy is going to be increasingly integrated” he stated.

However, he warned of the difficulties to reach the agreement due to issues such as the fear of the decline of quality standards, the French cultural exception or the USA’s management of the energy bonanza. Furthermore, he argued that “the new composition of the European Parliament will be less favourable to the agreement”.

He therefore urged on accelerating the discussions. “Free trade negotiations are not like wine. They start with enthusiasm and get worse over time, because individual interests are little by little imposed and we lose the focus on the global interest, which is opening up trade”, he argued. Piñera insisted that “notwithstanding the difficulties, it would be a great step forward and a great achievement for the whole world”, since “the fact that two areas that have shared so much have not reached a free trade agreement is very difficult to understand”.

CONCERN FOR VENEZUELA
Piñera also reflected briefly on Venezuela, which had been addressed at the previous FAES Campus roundtable. In this respect, he argued that “Venezuela has a serious problem with democracy, freedoms and human rights; while the defence of these values knows no boundaries”, he pointed out.

He applied the Venezuelan model to what he called a ‘democracy test’ when asking whether Venezuela has independence of powers, judicial systems that provide guarantees, freedom of association, respect for the opposition, respect for human tights and security. “The answer clearly shows that democracy and freedoms are at serious risk in Venezuela”, he concluded.

Jaime García-Legaz, Secretary of State for Trade, who introduced Piñera’s address, stressed that “Spain cannot afford to waste its capacity to access the Atlantic basin in a privileged way”. He also recalled that “Chile was one of the pioneers in the free-trader discourse when Latin America opted for completely the opposite” and recognised the driving force of the Pacific Alliance and the Trans-Pacific Strategic Agreement that “open up opportunities and therefore forces the others to make a move”, he pointed out.
Piñera: “El Atlántico tiene mucho que decir y puede recuperar su rol predominante”